Home>AUV >7FP European Project MORPH: the next step in the future of underwater robotics 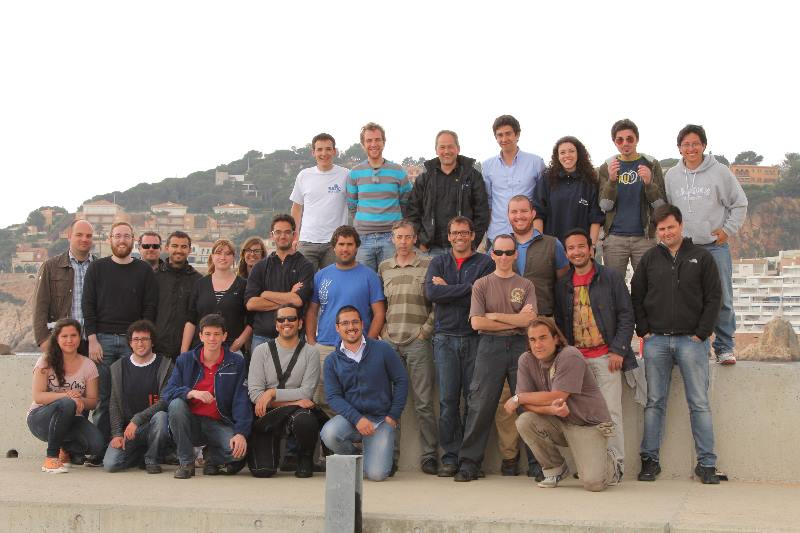 7FP European Project MORPH: the next step in the future of underwater robotics

From 7-11th April 2014, a number of autonomous underwater and surface vehicles (robots) from several European institutions will be tested in the Costa Brava area, Spain. The tests will be carried out by 26 scientists from Germany, Portugal, Italy, France, and Spain. The major goal of these field trials is to demonstrate that the MORPH ensemble of vehicles can acquire data to map the sea bottom while operating in a cooperative manner and reacting to environmental conditions. The trials will focus on the execution of an optical and acoustic surveying mission with two surface and two underwater vehicles moving in formation and avoiding on-line detected obstacles. This is a preliminary step towards increasingly more complex cooperative missions over natural rugged terrain.

MORPH (Marine Robotic System of Self-Organising, Logically Linked Physical Nodes) is a four-year project funded by the European Commission that started in 2012, with an overall budget of approximately 8.4 millions of euros.

Groups of autonomous underwater vehicles are required to operate in areas where the visibility is low, obstacles are not known in advance, and a single vehicle would have very limited capabilities. The techniques enabling cooperative behaviour of the MORPH ensemble will pave the way for the development of advanced multi-vehicle systems capable of executing data acquisition and habitat mapping tasks in complex 3D environments (such as canyons and rugged cliff areas) in the presence of reduced visibility and natural unforeseen obstacles.

The hallmark of the MORPH project will be the demonstration, in 2015, of a system of multiple vehicles with complementary capabilities that will be able to perform complex missions underwater, under stringent operational conditions. This will be done by bringing together a number of simple and relatively cheap vehicles to seamlessly cooperate and behave as an ensemble: the “MORPH Supra Vehicle”. Such a system is expected to be launched in the market in 10-years time, offering an innovative solution to a large number of problems in a vast number of field applications: harbour protection, monitoring of industrial infrastructures (offshore wind power installations, pipelines…), sea mine detection, environmental monitoring, exploration of marine resources, archaeological surveys, to name a few.

We want to give special thanks to Ports de la Generalitat de Catalunya and Club Nàutic de Sant Feliu de Guíxols to let us use their facilities for the trials.