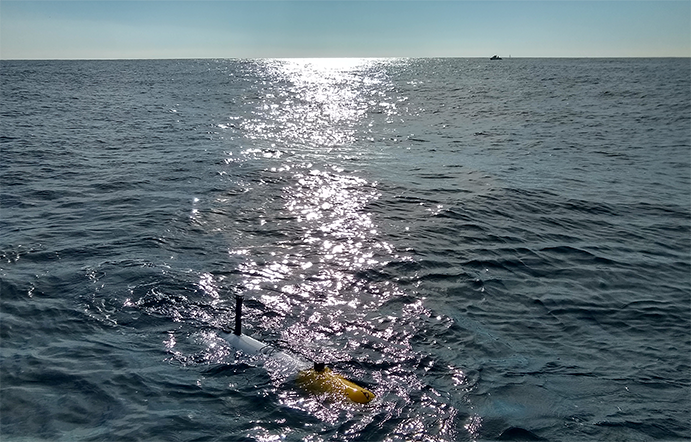 11 July In Projects by cirs

Understanding the marine ecosystem is key to monitoring, evaluating, and managing its functioning. To do this, the scientific community needs data. The PLOME project will obtain it with an underwater platform that will monitor the ecosystems of the seabed for extended periods.

The project has a budget of 1.5 million euros from funds from the Spanish Research Agency and the European funds Next Generation. Over the course of three years, PLOME will design a non-invasive, modular platform to collect essential data so that the scientific community can better monitor, supervise and manage marine ecosystems.

The set of systems constitutes a platform that can monitor an area for several weeks, and up to a month, without the need for human intervention. Once collected, the systems are maintained, data is extracted, batteries are charged, and the platform can be deployed again so that monitoring can continue in another area.

The project aims to advance the current methodology in which, for the most part, data is only extracted while there is a human team conducting an oceanographic campaign. The PLOME platform allows monitoring for a long period, with real-time communications that facilitate the monitoring of the ecosystem.

Since the systems are working for many days, artificial intelligence is used to detect species and adapt and optimize seabed monitoring according to the detections. Researchers will also receive a summary of the detections in real time, so they can understand what is happening and be able to change the parameters they want to make better use of the rest of the days when the platform will still be collecting information.

During the three years of the project, three experiments will be carried out in different places on the Catalan coast. The first will take place in 2023 on the coast of Sant Feliu de Guíxols. It will be the first time that the technologies developed will work together to obtain data from the seabed. During 2024, two final experiments of the project will be carried out. The first will consist of a deep validation, between 300 and 500 meters, in a protected area of real fishing near the city of Barcelona, by means of an oceanographic boat. In this experiment the monitoring systems will be validated in real conditions for several days, supervising and operating the systems from the ship.

The second experiment will be carried out on the coast of Vilanova i la Geltrú, and will consist of validating all the systems at shallow depth over a week without interruption. The platform will be connected to the OBSEA marine observatory, and this will allow real-time monitoring of all systems to verify that they are working properly.

“With PLOME we want to consolidate the use of autonomous submarine vehicles as a tool for observing the seabed that does not require a whole human team and an infrastructure dedicated to the time it is used,” explains the researcher of the research group in Computer Vision and Robotics (VICOROB) at the UdG and project coordinator, Marc Carreras. According to him, “autonomous vehicles allow work to be done for one or more days, analyzing and making decisions so that the data acquired is valuable“.

“It is one of the technologies needed to properly manage marine ecosystems as this autonomy allows the operation of vehicles to be scalable,” adds the VICOROB researcher. This group has extensive experience in national and international research projects related to autonomous underwater vehicles (AUVs), including the development of the AUVs Girona 500/1000 and Sparus II, used by different international research groups. In addition to leading the project, VICOROB will be responsible for adapting the autonomous underwater vehicles for experimental validation.

For its part, the ICM is the partner responsible for calculating ecological indicators as a synthetic metric for the health and recovery of marine ecosystems. “From the information obtained through the automatic processing of images from robotic platforms, we will proceed to calculate the abundance of species and global biodiversity,” says ICM researcher Jacopo Aguzzi.

The Centre de Desenvolupament de Sistemes d’Adquisició Remota i Tractament de la Informació (SARTI-UPC) will contribute to the design of fixed seabed observation stations. Thanks to the experience acquired after more than 10 years since the deployment of the observatory marí OBSEA, the SARTI group deals with the design of landers, stations that will host instrumentation such as cameras and sensors, devices for communication with the surface and the recovery elements of the platforms. “The landers allow the measurement of different marine parameters at a fixed point and will link the communications of the entire platform with surface“, specifies the UPC researcher, Joaquín del Río.

The most relevant contribution of the UIB in this project is the generation and implementation of artificial intelligence algorithms for the analysis of images obtained by the cameras on board the platforms, both in autonomous vehicles and in the fixed stations. The aim is the detection, identification, cutting and quantification of different marine species.

Finally, the company located in Girona IQUA Robotics will develop mapping algorithms based on data acquired with lasers, camcorders and acoustic cameras. Created in 2016, IQUA Robotics is dedicated to the design, development and marketing of autonomous underwater vehicles and other related technologies. It is the only private company in the consortium.