Home>News >ICM, UdG i UPC are leading a project to monitor the ecological status of a network of deep marine reserves 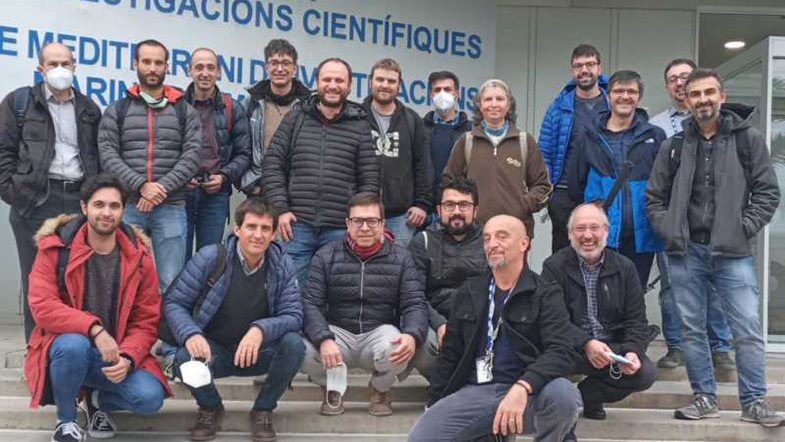 ICM, UdG i UPC are leading a project to monitor the ecological status of a network of deep marine reserves

Over the next four years, the research team will evaluate the usefulness of a network of newly created marine protected reserves in waters between 300 and 400 meters deep.

Fishing activity is one of the main drivers of ecosystem change in the Mediterranean Sea. Beyond the potential global effect of climate change, the use of high impact fishing-gears has led to overexploitation of many populations of marine resources and a global impact on the ecosystem structure. A potential management option to preserve these ecosystem services is the implementation of no-take marine reserves where no fishing activity is allowed. These marine reserves would act as recovery areas for fragile benthic fauna and the restoration of the seabed structure and its functionality. Marine reserves would also favor the recovery of highly-exploited marine resources inside and adjacent habitats by acting as sources of larvae and adults (spillover effect), thus, supporting local and regional fisheries.

In the present coordinated project BITER (A joint effort between BIology and TEchnology to monitor and recover fishery impact species and ecosystems: augmented multiparametric landers), the collaboration among highly multidisciplinary research teams intends to evaluate the usefulness of a network of no-take marine reserves to recover commercially-important demersal fishery stocks and habitats.