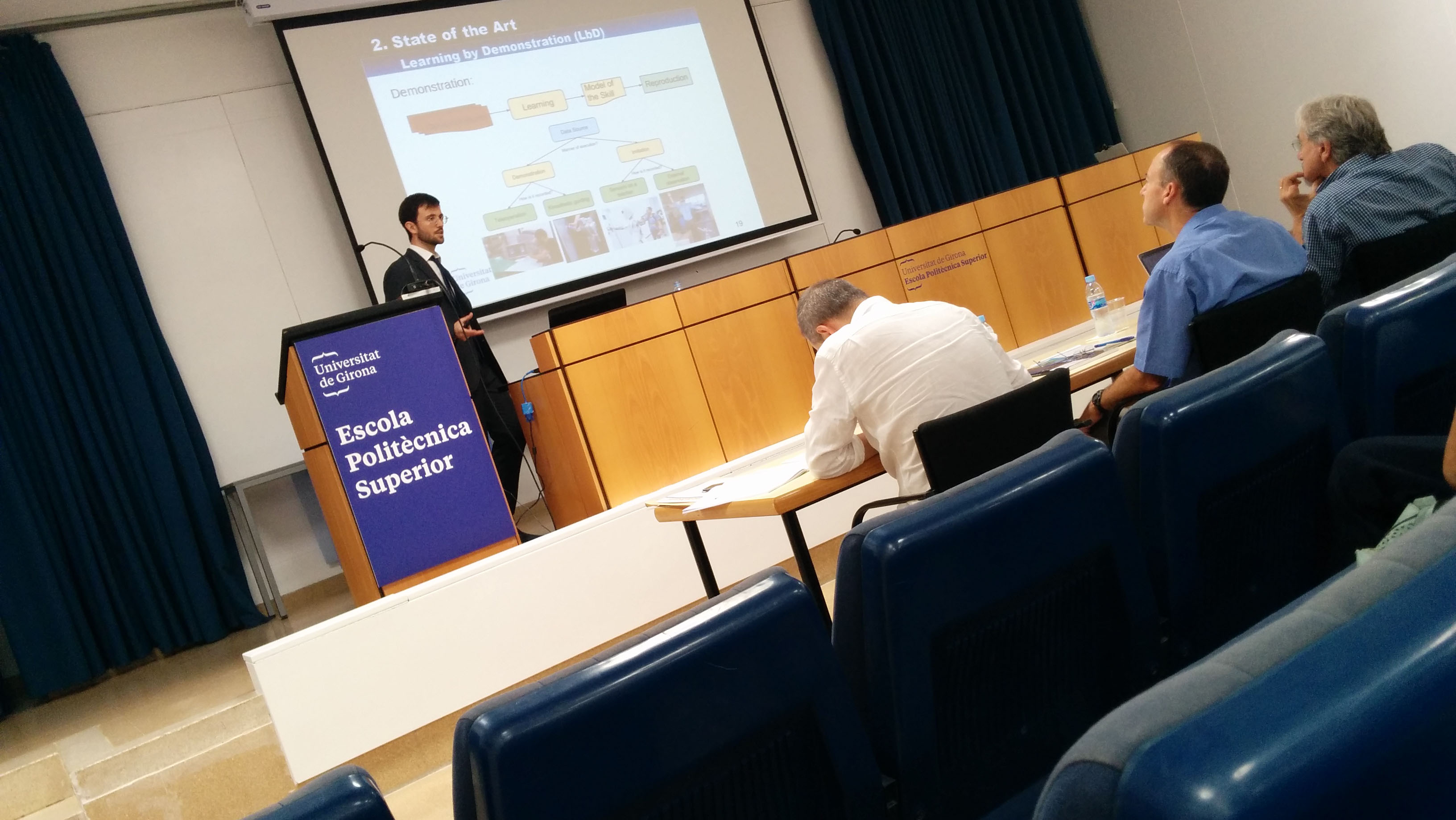 The interest in performing underwater tasks using AUVs has been growing over the past few decades. The initial focus was on the exploration of underwater areas, performing survey trajectories harvesting data to build bathymetric maps or photo-mosaics. Later the focus of research switched to performing inspections of underwater structures or elements (e.g., pipelines) which required more complex behaviours and localization methods. Advances in these fields have awakened the interest of the community in using AUVs to perform intervention tasks, replacing ROVs and manned submersibles. This replacement offers the possibility of automatizing tasks, increasing the efficiency and repetitively, as well as reducing cost, time, and the equipment needed to perform an underwater intervention. I-AUVs open the door for more companies and scientists to increase the frequency of some periodic tasks and the development of new tasks, limited until now by the cost.

In this thesis, a flexible framework for underwater interventions using a LbD algorithm as a core has been developed. This algorithm allows the robot’s user to transfer a skill or knowledge to the I-AUV using a natural and intuitive form, which is the demonstration. The facility and speed in programming a new task gives the robot the ability to perform multiple tasks with minimal effort.

The developed framework for interventions has been tailored to the GIRONA 500 AUV in order to enable it to perform an underwater valve turning task under different conditions. The GIRONA 500 has been equipped with a 4 DOF Manipulator and a sensorized passive end-effector, which includes a camera and an F/T sensor. The system is composed of several modules in order to successfully perform the intervention task. The more relevant modules are: a tightly coordinated control of the vehicle and the end-effector positions; a visual system to detect and localize the valve panel, and also to extract the state of the valves; an ppropriate LbD in order to learn and perform the task learned; an appropriate human robot interface to perform the demonstrations; the use of the F/T sensor to guarantee a correct manipulation of the valve; and the possibility of interacting with other algorithms to adjust the behaviour of the AUV during the task.

Throughout this thesis, the experiment developed has been carried out in a mock-up scenario of a sub-sea installation with a valve panel. This scenario is equipped with a recreation of a sub-sea valve panel and manifold perturbation systems. This panel can be moved to several positions to simulate different panels, the movement of the valves can be limited, and moreover the resistance of the valve to be turned can be gradually changed until the point at which the valve is blocked. The aim of the perturbation system is to recreate any problem that can be found in a real environment, for example an unexpected occlusion of the panel or underwater currents around the sub-sea panel. The difficulty of the task has been increased gradually in order to test the new improvements in the proposed framework. The most relevant result has been obtained in a long-term experiment in which the GIRONA 500 I-AUV has been used in an autonomous mission of approximately 3 hours and has turned more than 30 valves.