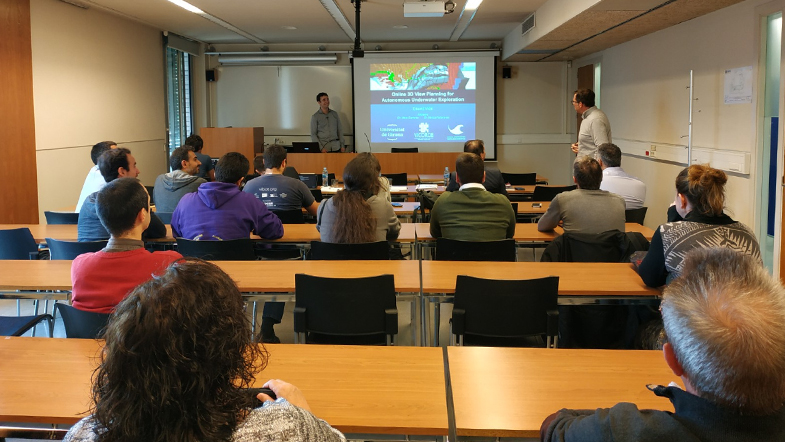 Autonomous underwater vehicles (AUVs) are currently used in many different applications, such as near-bottom mapping, manipulation or inspection. Most of the time, these tasks are planned in advance using prior information about the environment where the robot will operate. When this prior information does not exist, robotic exploration algorithms can be used so that the robot can safely discover the environment. Currently, exploration algorithms present important limitations, especially in environments with high relief, where obstacles might be present. In addition, most exploration algorithms are designed to fully explore the environment to obtain only one type of data, which it is usually occupancy data. With those algorithms, if imagery is also required, it is necessary to perform a second mission so that the robot obtains images using the map initially created.Combining these two missions into one would save time and, consequently, reduce costs.

The goal of this thesis is, therefore, to develop a robotic exploration algorithm for autonomous underwater vehicles that is capable of exploring safely unknown environments in 3D, obtaining simultaneously a grid map with the relief or shape of the environment and also a set of images that cover all the surfaces.

The presented robotic exploration algorithm works iteratively. Using the data reported by the sensors, the algorithm generates a map and automatically determines the regions to be explored next. From all the possible regions to explore, the algorithm chooses the best one and generates a viewpoint that will allow the robot to obtain information of the region of interest. To reach the selected viewpoint, the algorithm computes a safe path from the current robot configuration, taking into account the obstacles in the map.

The first part of this thesis develops a 2D exploration method for environments with high relief. Occupancy data is gathered by a scanning profiling sonar, and optical data is obtained from an underwater camera, mounted in the Sparus II AUV, a torpedo shaped robot. Then, this part continues with the development of an improved version of the algorithm, where a noise filtering strategy is proposed to remove the noise present in the sonar sensor, as it negatively affects the consistency of generated maps, which may cause the exploration algorithm to take suboptimal exploration decisions. This part also focuses on the efficiency of the implementation of the algorithm so that it can be executed fast enough for online planning. The second part of this thesis develops a start to goal motion planner to improve the planning capabilities of the exploration framework. The proposed motion planner accounts for the nonlinear dynamics of the vehicle and the water currents,
and it allows to use the full range of maneuvers provided by the robot. The third part of the thesis develops a 3D exploration method. In this part, the Girona 500 AUV is used with a multibeam sonar mounted on a pan-and-tilt device, and an underwater camera. In this part the algorithm is developed in order to improve its robustness and safety.

Finally, this thesis presents experimental results obtained with the Sparus II and Girona 500 robots. The algorithm has been tested in different scenarios located in St. Feliu de Guíxols: a harbor area, a breakwater structure, the Punta del Molar rock, and the Amarrador underwater boulder. The obtained results show that the presented algorithm is capable of guiding the robot in order to explore a completely unknown environment to obtain simultaneously an occupancy and an optical map. Using the images obtained during exploration experiments, it has been possible to create 3D reconstructions of the explored environments. 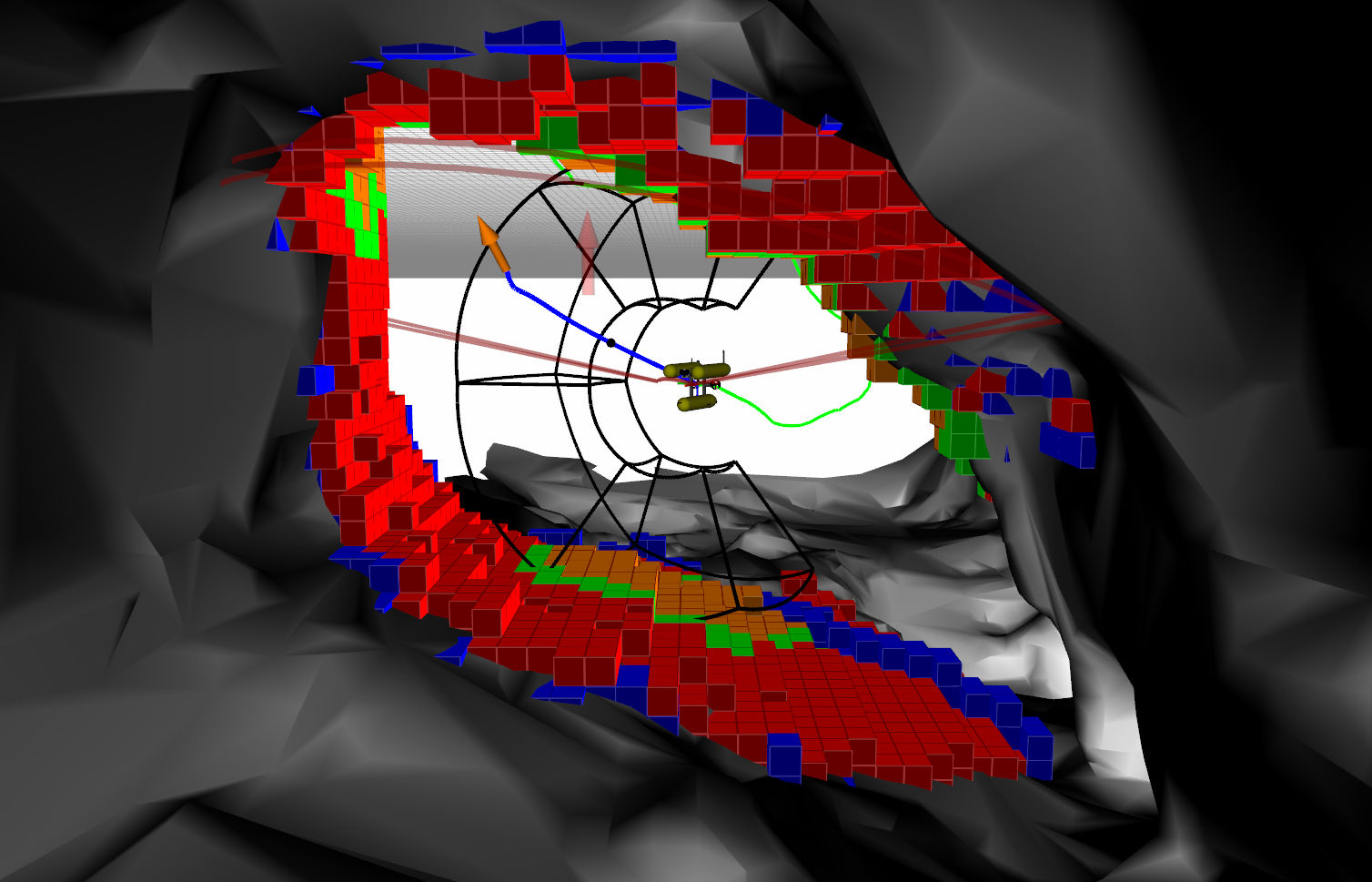