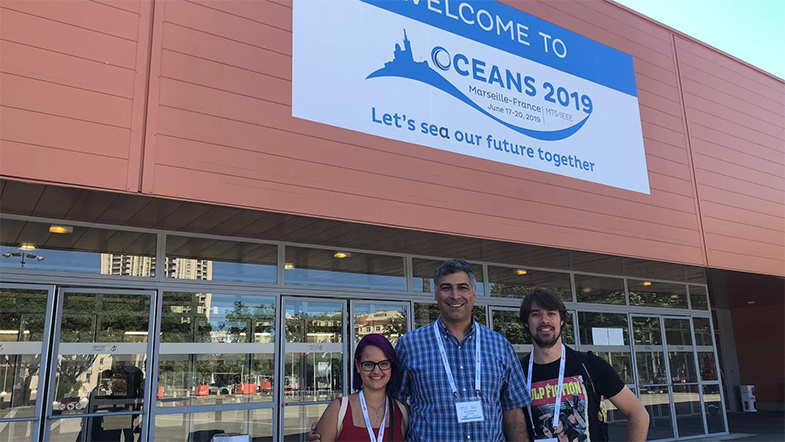 The Oceans’19 MTS/IEE conference took place from the 17th to 20th of June 2019 in Marseille, France.

The aim of this conference includes the divulgation of maritime scientific and technologic papers, as well as

the consequent networking between professionals and researchers in a wide range of fields related to the innovation, study and protection of ocean resources.

Girona Underwater Vision and Robotics team participated in all aspects of the conference, Patryk Cieślak presented a paper on “Stonefish: An Advanced Open-Source Simulation Tool Designed for Marine Robotics,